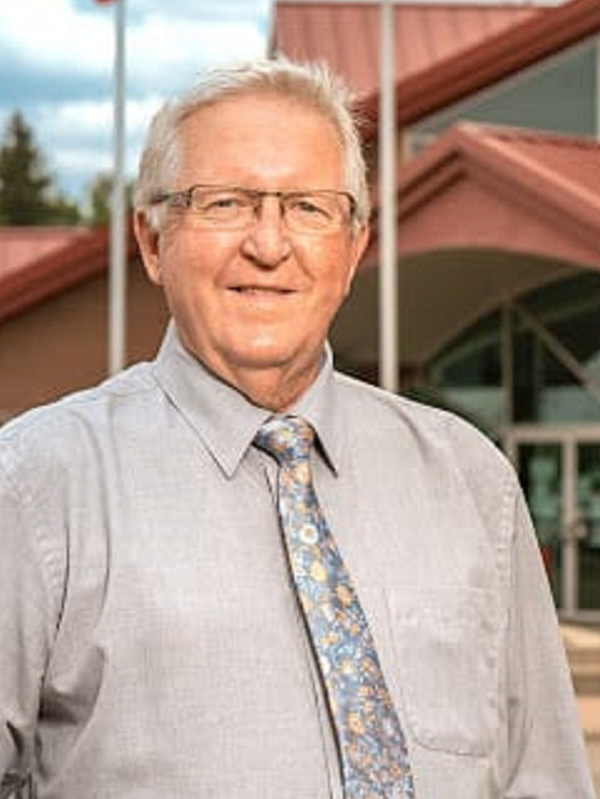 E-mail:  glenn.george@sasktel.net
Melfort is my hometown. After graduating from high school, I worked in an accounting office with my dad for seven years where I learned the importance of fiscal responsibility and budgeting. Next was Sears in Saskatoon for five years where I received my retail experience. In 1977 I moved back home and purchased Link Hardware, later becoming Home Hardware. After thirty years Peggy and I sold to our daughter and son-in-law and retired. I am a lifetime member of the Melfort Mustangs, a Rotarian for ten years and done many volunteer jobs over the years. I was Melfort’s Citizen of the Year in 2006, have served three terms on City council, SUMA  director for eight years and SUMAssure director and treasurer for six years. I am hometown proud and ready to serve as your next Mayor. On November 9th, I ask for your vote.
Rick Lang
E-mail:  ralang@sasktel.net
Phone: 306-921-8864
Facebook: Facebook - Rick Lang • Moved to Melfort in 1981, to become a business owner, continue to own the same business today.
• My wife Rose and I raised our family of four children in Melfort and we are proud to call it home.
• Member of the Melfort Royal Canadian Legion for 21 years.
• Elected as a Councillor in 2003; Councillor for nine years.
• Elected Mayor in 2012; Mayor for last eight years.
• Seventeen years of knowledge and experience in civic government. During that time, I have served on many committees and boards.
• In the last eight years, everything that was committed to in my election platforms has been accomplished.
• My desire is continued growth for Melfort by working as a team in City Hall; with councillors, city administration, and our citizens, and continued partnerships with other levels of government to achieve future opportunities for growth (have met with 10 different Ministers face to face). E-mail:  MTC1985@live.com
Phone:  306-921-8806
Darryl grew up in Somme Saskatchewan, attended school there and then Weekes ,upon graduation he worked a couple of years on pipelining, oil drilling rigs, crushing and hauling gravel, and as a redi mix concrete driver. He then attended Kelsey to complete 1 year course for a  automotive service technician The next 5 years he worked in the automotive trade in Lloydminster and Saskatoon, returning to Kelsey and got his interprovincial journeyman certificate. Darryl and family decided to move to Melfort in 1985, starting Melfort Transmission which has operated for over 35 years. Darryl and Brenda picked Melfort where they raised their 4 children as it was a smaller and quieter community. I hope to be given the opportunity, to represent the Taxpayers of Melfort for another 4 years.
Brian Enge 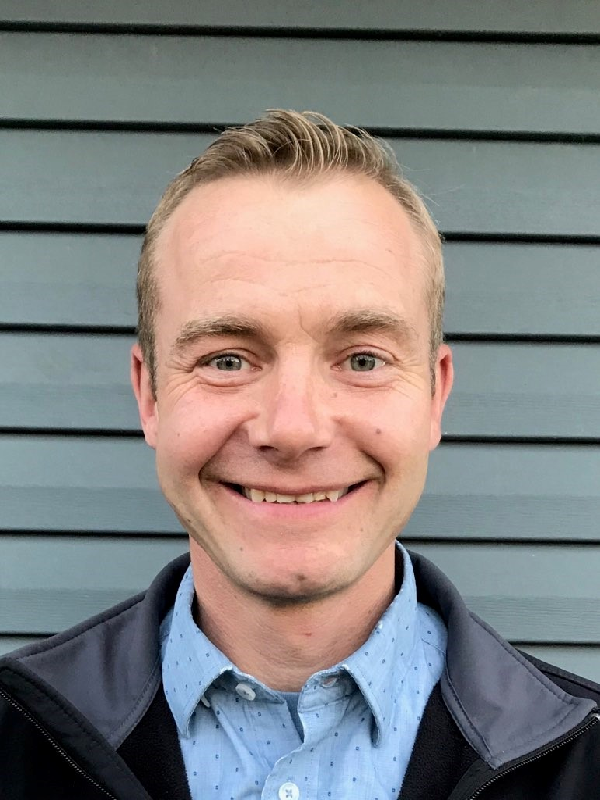 E-mail:  brian@melodymotors.ca
Phone:  306-921-8285
I love being a Melfort resident.  This is a community with tremendous pride and a strong work ethic from its citizens, businesses, facility workers, teams and all organizations.  I have grown up here and seen the wonderful progress this city has made over the years.  Hard work and dedication from past councils, administration and residents has helped to build excellent facilities, medical service advancements and infrastructure improvements that are necessary for a thriving and growing community.  Personally having the pleasure to sit on council from 2012-2016, I understand the commitment required for this position.  Previous experience and citizen input will help while working on commitees to provide a fair and well thought out decision process.  If given the opportunity, I promise that I will work hard for all Melfort residents and with proper research and questions I feel that will lead to smart and appropriate decisions. 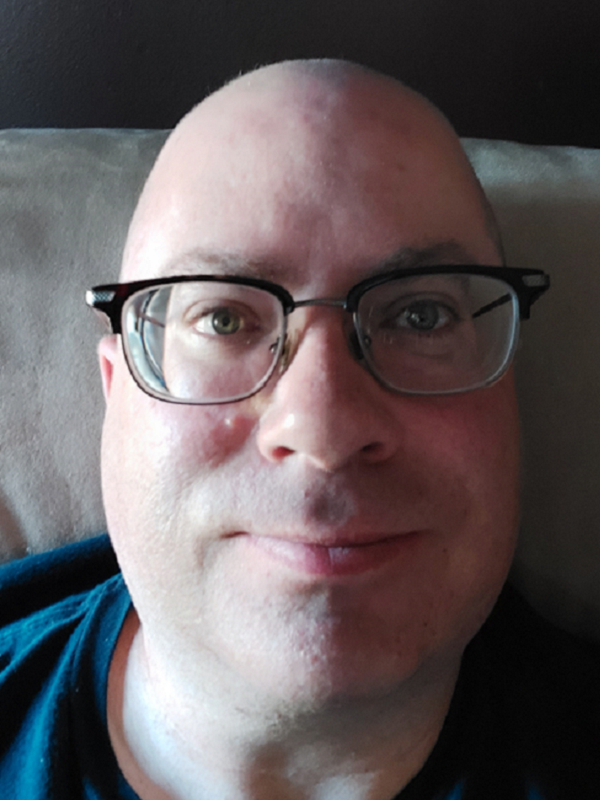 Twitter: @CamMelfort
Facebook: Cam Lee for Council
I am excited to be running for Councillor in Melfort.  I grew up in Melfort and nearly 20 years ago, my career brought me back.  I spent 18 years working in the newsroom at the local radio station and have attended countless Council meetings during that time.  That has given me an opportunity to observe municipal politics at work, and I have extensive experience covering elections throughout the years.  Like many communities, Melfort is in a significant infrastructure deficit.  Should I be elected, I plan on supporting the continued efforts of Council in lobbying governments for funding to address this deficit.  That includes the crucial replacement of aged water lines.  I am used to working as part of a team, and with your vote I will be a member of a great team in the Council Chambers.  Thank you!
Trent Mitchell E-mail: t.mitchell@melfort.ca
Phone:  306-921-9756
I have resided in Melfort since 1997, during which time I have been employed with the Saskatchewan Health Authority.  I have served on council for the past four years.  I believe in a balanced approach in spending between sport, culture and recreation vs infrastructure.  Both are integral to a strong community.  Investments in each are evident in my tenure on council, while managing to keep tax increases low.  This focus needs to continue in order to repair needed infrastructure like water lines, roads, and sidewalks for the safety of the community, in conjunction with maintaining health and leisure opportunities to build an enhanced community.  I believe in searching for efficiencies in spending first and raising taxes as a last resort.  It has been an honor to serve the citizens of Melfort and I ask for your support on November 9th to continue to serve the residents and businesses of Melfort.
Tara Muntain E-mail:  taramuntain@sasktel.net
Phone: 306-921-9423
Facebook: fb.me/Taramuntain
I am very eager to serve the people of Melfort.  I want to do the best I can with the skills I can bring to Council.  I look forward to the opportunity to learn the roles of the council and to make sure the voices of Melfort are heard and represented.  I want to be part of a strong and diverse council that will help Melfort grow while sustaining our sense of community.
April Phillips
E-mail:  aprilphillips_@Hotmail.com Phone:  306-921-9762
Melfort has been my home for the past 32 years, I feel very blessed to have lived, worked and raised my family here. I believe the quality of life is second to none. I have had the privilege of serving the citizens of Melfort on council for the past 8 years, first elected in 2012, and re-elected in 2016. I have a good understanding of municipal governance, and feel the years of experience are a strong asset. I’m committed to improving our infrastructure, growing our commercial and business sector, enhancing quality of life, while maintaining fair taxation. I also believe open communication and accountability to our tax payers is absolutely essential for good governing.  I will continue to work to ensure that Melfort remains the best place to call home. I would be honoured to continue to serve the citizens of Melfort for the next 4 years.

Facebook: https://www.facebook.com/Join.Wade
Twitter: https://twitter.com/Elect_Wade
My name is Wade Rogers and on November 9, 2020, I would like to represent you as one of your Councillors.  I have resided in Melfort and been a property owner since 2013.  I am currently employed as a Senior Crown Prosecutor with Public Prosecutions.  I served in the Canadian Armed Forces from 1990-1993 and once again as a reservist from 2015 to present.  In my current role, I have served as a commissioned officer the past five years with 171 Melfort Phoenix Squadron, developing youth to become good citizens and future leaders in the community.  Through my various roles in the community, I have utilized negotiation skills, corroboration and teamwork on a daily basis to ensure Melfort is a safe and thriving community.  I have the experience to make tough decisions and get things done through hard work, dedication and cooperation with councilors, administrators and other levels of government.
Don J. Signori
E-mail:  djsignori@gmail.com Phone: (306)920-9995 or (306)-752-2374
Facebook: https://www.facebook.com/don.signori/
Melfort's 2020 municipal election is one of the most important in recent memory.  Over the past 5 years I have attended more than 30 council meetings, and was appointed by council to 4 committees where I have learned where the city has done well and where we can improve.  I stayed the course over the Chamber of Commerce difficulties despite threats, intimidation and lies.  I promise you the same courage & strength as your city Councillor.  I will be a strong advocate for Shopping Locally and Tourism.  Both vital elements for a strong and growing community.  I will never back off supporting our Business Community.  They represent/employ most of our local population.  I will work tirelessly toward a doable goal of 10,000 residents within this decade thus providing more opportunities for my grandchildren and yours.  "Melfort 2020 & Beyond".  Watch out Saskatchewan.  "Here We Grow".
Doug Terry 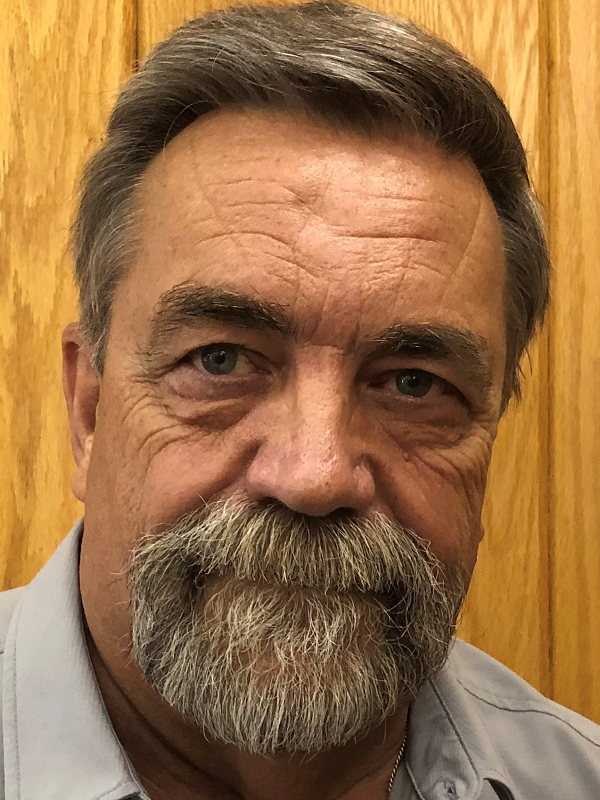 E-mail:  d.terry@sasktel.net
Phone: 306-752-2516
Melfort is my home. I have spent a life-time in public service. I retired in 2013 after a 40 year career in Melfort providing public health protection to our community. I've served as an Air Cadet Officer, a St. John Ambulance Brigade member, and Justice of the Peace! I've been a member of the Veterinary Services Board and the Melfort Housing Authority Board. Nineteen years on City Council has given me the experience and insight to provide good governance and to maintain essential services and the opportunities to our community that we have all come to expect and cherish. As a re-elected member of city council I will continue to strive to ensure our community remains safe, healthy and prosperous, and as always, will remain available to discuss all and any concerns and to assist in problem solving to the best of my abilities.

Stick it to COVID and keep our community healthy - wear a mask, maintain physical distancing, wash your hands frequently, restrict travel, get your vaccine when it is your turn. Be kind and be well!