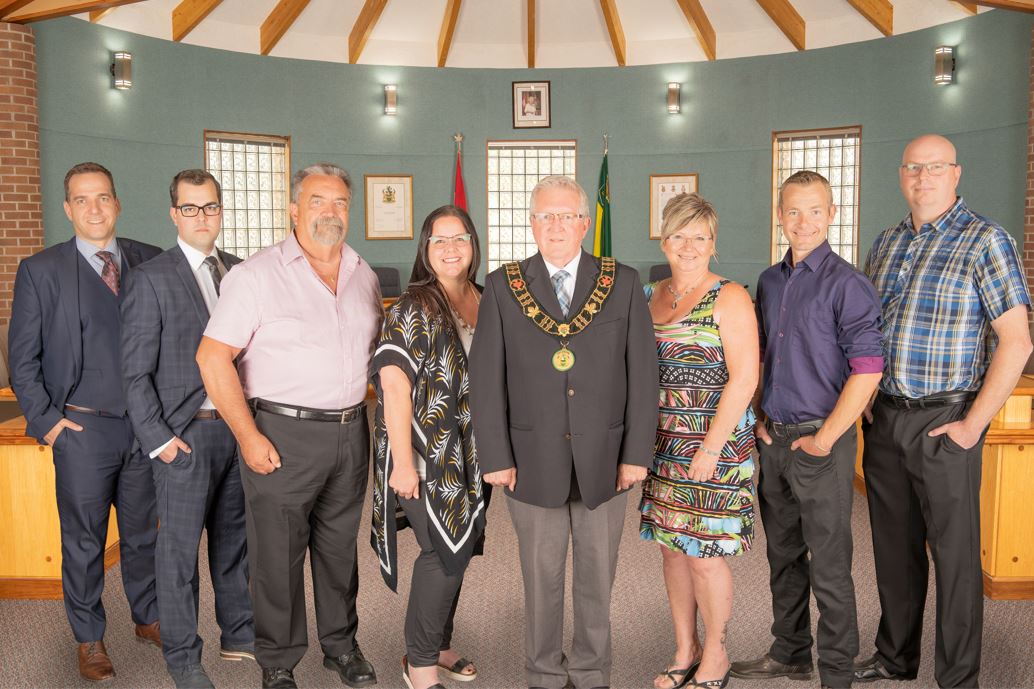 Schedule of Public Meetings
For a schedule of all public and in-camera meetings, click on the Community Events Calendar - Council.
Melfort City Council consists of a Mayor and six Councillors, elected for a term of four years. Each member of Council represents the community as a whole and all decisions of Council are by majority vote. Council is responsible for setting City policy, which is implemented and administered by the City Manager.
Agenda items, requests for delegations and correspondence for the regular Council meeting must be received by the City Clerk by 12:00 noon on the Thursday prior to the meeting.  Please note that unless it is deemed confidential by the Clerk, all correspondence and communication received by Council becomes a public document, which is made available to the media.
The function and authority of City Council is defined in The Cities Act, and other applicable legislation, and includes both duties and mandatory obligations, such as setting the annual budget and mill rate; and discretionary powers, such as control over zoning, licensing, building standards and many other city services.